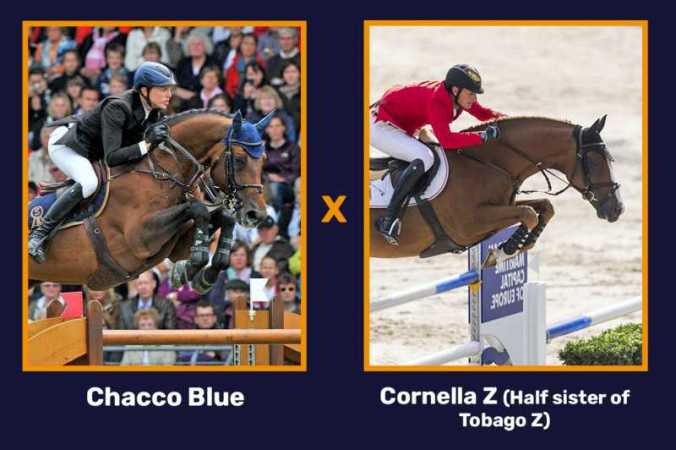 Tonight, September 26 from 8pm, the September Deals collection ends at www.horsedeals.auction. So these are the last hours you can bid on the 9 exclusive embryos, 3 broodmares and more than 70 frozen straws of top stallions!

In the offer you can find among others an embryo of Chacco Blue x Cornella Z, this Cornella is the half-sister of Tobago Z who won the Global Champions Tour in New York last weekend!

- Chacco Blue x Cornella Z, half-sister to the one and only Scuderia 1918 Tobago Z.

Would you like to start breeding yourself right away? Then there is also a choice of no less than three broodmares in the September Deals.

Of course, there is again a wide range of frozen straws available, from both the best dressage and jumping stallions. There are no restrictions on the straws and they are therefore free for ICSI. In addition, Chacco Blue, Conthargos and Total US are some of the regular stallions on offer with Tobago Z being a newcomer this time now!